SHOP TO THE BEAT: Robert Roth 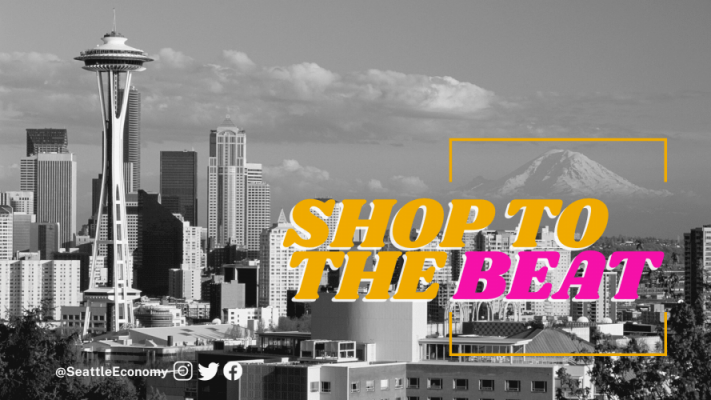 Come support local artists and bookstores, and join us for a free, all ages concert. Brought to you as part of the Shop to the Beat series of concerts.

Robert Roth is mostly known as the singer, guitarist and songwriter for the Sub Pop and Capitol Records artist Truly. He’s also played out for many years as a solo artist, touring the U.S. as well as Europe with a full band after releasing his internationally critically acclaimed L.P. ‘Someone Somewhere…’. which he wrote, produced, engineered played nearly all of the instruments. Dozens of Roth’s compositions have been used in television and film. He’s also collaborated with many other artists over the years such as writing and recording with Poet and singer Jim Carroll (‘The Basketball Diaries’, “People Who Died’) for his Mercury Records L.P. ‘Pools of Mercury’, contributing to Built to Spill’s Warner Brothers Records debut ‘Perfect from Now On’ and most recently with local singer songwriter Star Anna with their psychedelic folk duo Littlespirits .

Before releasing his first material in the height of the Seattle Grunge explosion with Truly, back in the early 90’s via Seattle Sub Pop Records and placement in Cameron Crowes film ’Singles’, Roth started playing bass the day after he saw the band Queen in Seattle when he was fourteen. Less than two years later the band he started with his friends in Olympia Washington were playing Classic Rock, Punk and New Wave covers along with writing, performing their own original material at high school and college dances and clubs. After graduating high school Roth enrolled at Western Washington University studying music composition and psychology for two years before moving to Seattle and dedicating himself to writing, recording and performing original material and thus founded Truly with Hiro Yamamoto, founding member and bass player for Soundgarden and Mark Pickerel, founding member and drummer of the Screaming Trees. After releasing a single and an E.P. on Sub Pop they were signed to Capitol Records who released ‘Fast Stories… from Kid Coma’ to wide critical acclaim. After touring the U.S. half a dozen times Truly embarked on an extensive European tour which helped solidify a still ongoing fan base around the world. Roth returned to Europe in 2006 with an Italian backup band playing all Roths compositions and Truly returned to Europe in 2008 to play alongside Ray Davies of the Kinks, John Cale of the Velvet Underground, Dinosaur Jr., the Sonics and the Sex Pistols at Azkena Rock Festival. Both the original band and Roth continue to release new music and ‘Fast Stories… from Kid Coma’ is soon to be reissued world wide by Bang! Records.