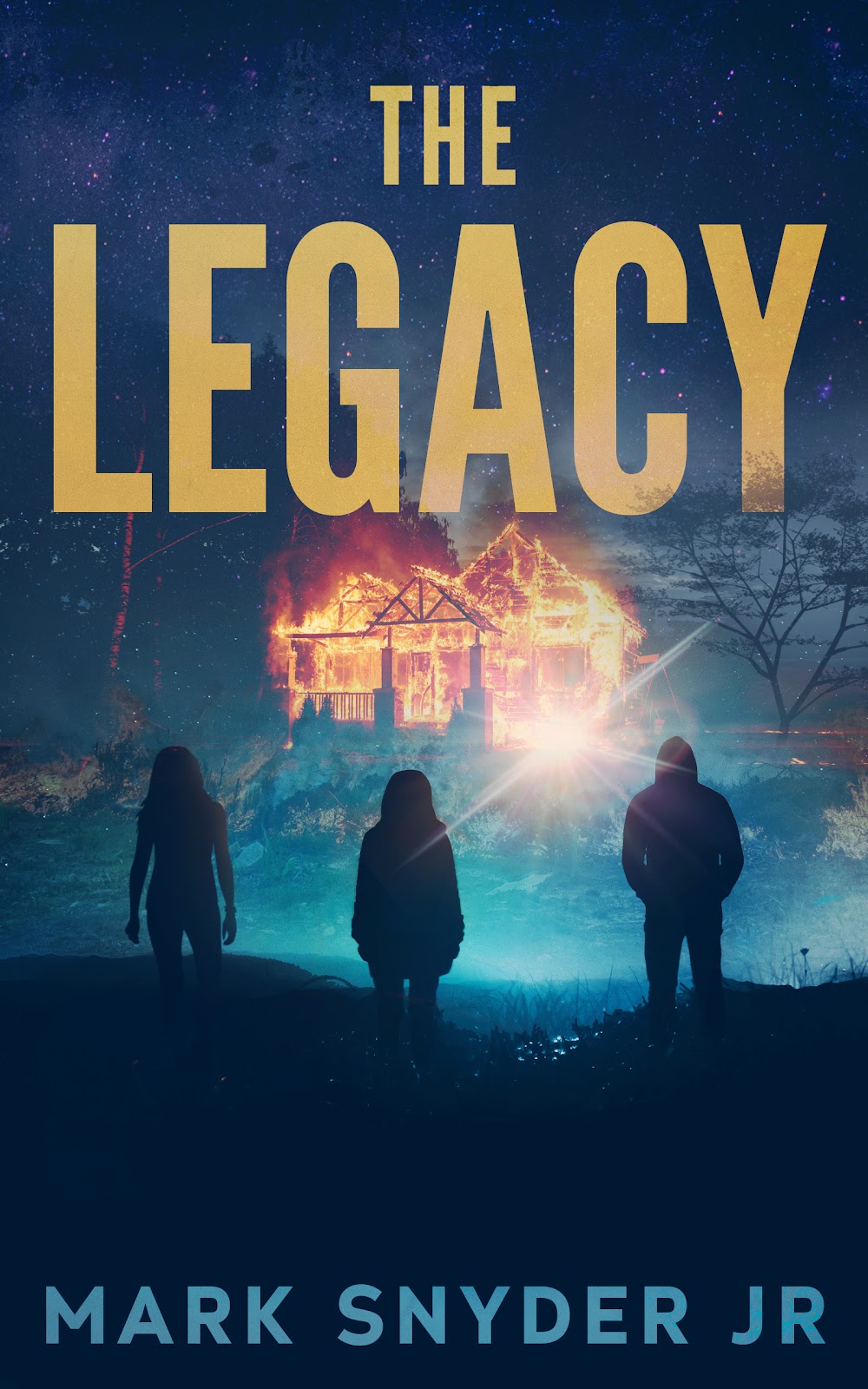 Mark Snyder Jr's debut fiction novel, The Legacy, is a Suspenseful Fantasy novel with elements of the Paranormal. Join Mark in a virtual book reading and discussion regarding the book, its central themes and characters, as well as the process of writing.

The novel appeals to both Adults and Mature Teens with an interest in dark fantasy novels with a hint of the supernatural and paranormal.

Be sure to add the event to your calendars, author Mark Snyder Jr. is giving away signed copies of The Legacy to the first several attendees!

The planet will only continue to host our species as long as we remain respectful guests...The Legacy is a suspenseful thriller with a glimpse into the world of the paranormal.

Ellen was born to suffer and to watch those around her succumb to their misfortune. Through the loss of both of her natural parents, and the gain of religiously fanatical adoptive parents, Ellen experienced more sadness, loss and tragedy than any one person would endure during several lifetimes.

Her lot in life was only a mere distraction for the real test that awaited her...

Clayton lost his father in a mysterious accident before he was old enough to remember him. The questions that surrounded the family tragedy followed Clayton, and his vivid dreams of others were drawing him closer to who he was always meant to be —even without his knowledge.

Johanna was a shut-in destined to endure a cycle of addiction and depression as she attempted to remember her life before her abduction. Shedding her former life, and being lost without ever claiming another, Johanna was forced outside of her zone of tolerated discomfort and directly into the middle of an ancient force of nature.

In The Legacy, Ellen, Clayton and Johanna are related to one another in the most unique way, the way of saving the human race from itself. Their individual grief is installed to thwart each of them from fulfilling their purpose.