Introduction to Hyperfunctions and Their Integral Transforms: An Applied and Computational Approach (Hardcover) 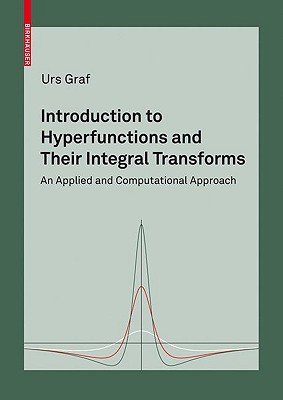 This textbook is about generalized functions and some of their integral tra- forms in one variable. It is based on the approach introduced by the Japanese mathematician Mikio Sato. We mention this because the term hyperfunction that Sato has given to his generalization of the concept of function is sometimes used today to denote generalized functions based on other approaches (distributions, Mikusinski's operators etc. ). I have written this book because I am delighted by the intuitive idea behind Sato's approach which uses the classical complex fu- tion theory to generalize the notion of function of a real variable. In my opinion, Sato swayofintroducingthegeneralizedconceptofafunctionislessabstractthan the one of Laurent Schwartz who de?nes his distributions as linear functionals on some space of test functions. On the other hand, I was quickly led to recognize that very few colleagues (mathematicians included) knew anything about Satos's approach. PerhapsSato andhis schoolis not entirelyblamelessfor this state of - fairs. For severaldecades no elementary textbook addressinga wider audience was available (at least in English). Zealots delighted by the appealing intuitive idea of the approach have probably found their enthusiasm rapidly diminished because of the adopted style of exposition and the highly ambitious abstract mathematical concepts used in the available books and articles. Fortunately, some years ago, I found Isac Imai's Book Applied Hyperfunction Theory which explains and applies Sato's hyperfunctions in a concrete, but nontrivial way, and thereby reveals their computational power.