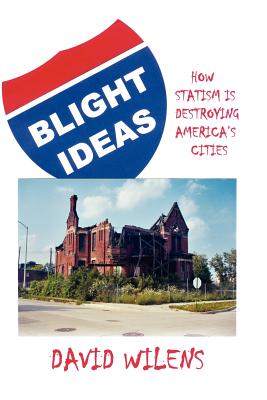 THE UNITED STATES IS ONE OF THE WORLD'S WEALTHIEST COUNTRIES. SO WHY DON'T AMERICAN CITIES LOOK THE PART? Americans are on average richer and better employed than their counterparts in Canada, Australia and most other developed countries. Yet in spite of this American cities are disproportionately plagued by stagnant downtowns, blighted and deteriorated neighborhoods, poverty, racial segregation, sprawling suburbs, poor transportation facilities and crime. Despite the prevalence of this upside-down scenario its causes have largely been unsatisfactorily explained until now. Attorney and former urban planner David Wilens exposes the real reason for America's urban maladies: the rapid expansion of the federal government in economic and urban affairs during the twentieth century, producing government programs formulated by corrupt activists and sold to a dumbed-down populace with disastrous consequences for American cities and society. He also suggests ways to solve this problem - not superficial "reforms," but permanent solutions that will produce lasting results.