Valley Walls: A Memoir of Climbing and Living in Yosemite (Paperback) 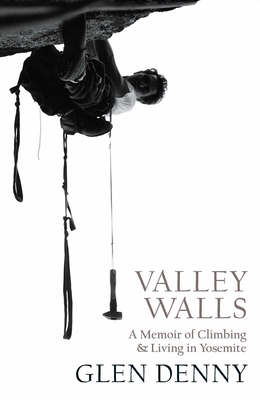 Half a century ago a rag-tag group of innovators was building a foundation for modern American rock climbing from a makeshift home base in Yosemite. Photographer Glen Denny was a key figure in this golden age of climbing, capturing pioneering feats on camera while tackling challenging ascents himself. In entertaining short pieces enlivened by his iconic black-and-white images of Yosemite's big wall legends, Denny reveals a young man's coming of age and provides a vivid look at Yosemite's early climbing culture. He relates such precarious achievements as hauling water in glass gallon jugs up the east face of Washington Column, nailing the 750-foot Rostrum in a punishing heat wave, and dangling overnight on El Capitan's Dihedral Wall in a lightning storm. Each true tale captures the spirit of historic Camp 4, where Denny and others plan the next big climb while living on the cheap and dodging park rangers.

Glen Denny is renowned for his photographs of the golden age of Yosemite climbing and life in historic Camp 4. His first ascents include the west face of the Leaning Tower, the Prow on Washington Column, and the Dihedral Wall of El Capitan. He lives in San Francisco.