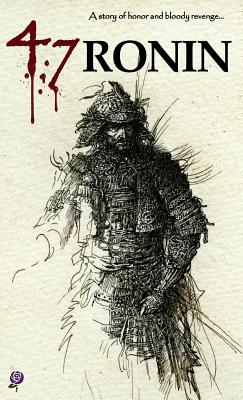 "A story of honor and bloody revenge." The legend of the 47 ronin is one of the most popular and best known stories about the samurai in Japan. It is often referred to as the country's "national legend" and is the most revered example of the samurai code of honor, bushido, put to the ultimate test. The story tells of a group of samurai who, in 1701, were left leaderless (becoming ronin) after their daimyo (feudal lord) Asano Naganori was compelled to commit seppuku (ritual suicide) for assaulting a court official named Kira Yoshinaka. The ronin, led by Asano's chief councilor, Oishi Yoshio, avenged their master's honor by killing Kira, after waiting and planning for almost two years. In turn, the ronin were themselves forced to commit seppuku for committing the crime of murder. With much embellishment, this true story was popularized in Japanese culture as emblematic of the loyalty, sacrifice, persistence, and honor that people should preserve in their daily lives. The popularity of the almost mythical tale was enhanced by rapid modernization following the fall of the shogun during the Meiji era of Japanese history. Many versions of the events appeared and the story of the 47 ronin continues to be popular in Japan to this day. This book traces the history of the story through various retellings. It includes the first English version to appear in print, from Isaac Titsingh's "Illustrations of Japan," published in 1822, plus the second from "The Capital of the Tycoon" by Rutherford Alcock. It also includes in full "The Forty-Seven Ronins" from "Tales of Old Japan" by A. B. Mitford (plus his account of seppuku/hara-kiri), "The Loyal Ronins" by Shunsui Tamenaga, translated by Shiuichiro Saito and Edward Greey and "The Forty-Seven Ronin" by James Murdoch from "A History of Japan." This is a comprehensive collection which brings together some of the best known versions of the story and serves as a perfect introduction to the legendary tale of the 47 ronin. For more information please visit Purple Rose at www.purplerosebooks.com and view our other titles and new releases.