Chess for Beginners 2 Books in 1 (Hardcover) 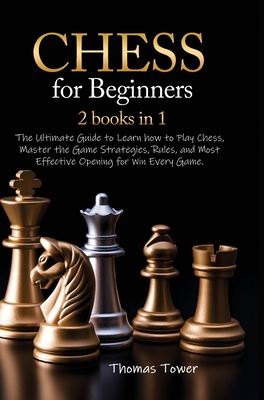 Chess is considered difficult because it requires a great deal of mental calculation and serious prep work, but with this book's content, you will get to know that Chess is easy to learn because its rules are understandable.

The primary strategy for a player is to predict the enemy king's moves and strike them. In Chess, players aim to gain the most material advantage possible. It is easier to beat your opponent's king if you have more pieces than the other player does.

Although a player is not allowed to touch any piece during the game, one is permitted to touch a piece in order to make an official move. This rule allows players to be discreet about the strategies and calculations they make.

Significant training is required by future chess tournament participants. They must choose the opening at which they can compete and become proficient in their tactics. With the chapters in this book

You will get to learn the following: