The Element in the Room: Science-y Stuff Staring You in the Face (Hardcover) 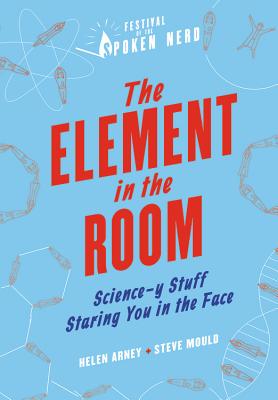 Have you ever wanted to perform sonic experiments with your morning coffee? Predict the exact second your unborn child will be born? Spice up your love life with inspiration from the animal kingdom? Well now you can... The Element in the Room, the Nerds' first ever book, is designed for anyone who is sci-curious and wants to know more about the world around them, especially the elements of everyday science that other books ignore.

The Element in the Room will take you on a rib-tickling, experiment-fuelled adventure to explain the everyday science that is staring you right in the face.

Festival of the Spoken Nerd are a live comedy group who can be found bang in the middle of the comedy/science Venn diagram. They're best known for bringing electrifying live experiments, songs and spreadsheets to sold-out stages all over the UK in their unique, interactive, laugh-a-minute shows. They have their own Radio 4 programme called Domestic Science, and have appeared on QI three times.

Steve Mould
From mind-bending tricks on BBC 1's Britain's Brightest to delving into our scientific heritage in ITV1's I Never Knew That About Britain, Steve describes himself as a jack of all scientific trades and master of none. He is the maker of mathematical curios, creator of illusions and poster of quirky science experiments on YouTube which have gained 2
million hits. Steve has made guest appearances on The One Show, The Alan Titchmarsh Show, Sunday Brunch, Absolute Radio and BBC Radio 5 Live. He was also the Science Presenter on Blue Peter "back in the day" and hasn't stopped going on about it since.

A delightful romp through science at every level, from how to make a cocktail using octoploid DNA to what the meaningless end of the Cosmos will be like.
—Zach Weinersmith