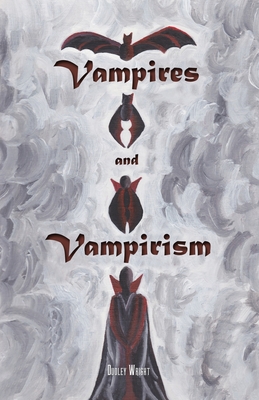 Dudley Wright's Vampires and Vampirism was first published in 1914. This Curious Publications edition reprints that original version and is filled with tales of vampirism from around the world, including this one:

"Peter Plogojowitz, an inhabitant of a village in Hungary called Kisolova, who, after he had been buried more than ten years, appeared by night to several persons in the village, while they were asleep, and squeezed their throats in such a manner that they expired within twenty-four hours. There died in this way no less than nine persons in eight days; and the widow of this Plogojowitz deposed that she herself had been visited by him since his death, and that his errand was to demand his shoes; which frightened her so much that she at once left Kisolova and went to live somewhere else.

"These circumstances determined the inhabitants of the village to dig up the body of Plogojowitz and burn it, in order to put a stop to such troublesome visits. ... he was found to be free from any bad smell, and perfectly sound, as if it had been alive, except that the tip of the nose was a little dry and withered. The beard and hair were grown fresh and a new set of nails had sprung up in the room of the old ones that had fallen off. Under the former skin, which looked pale and dead, there appeared a new one, of a natural fresh colour; and the hands and feet were as entire as if they belonged to a person in perfect health. They observed also that the mouth of the vampire was full of fresh blood, which the people were persuaded had been sucked by him from the persons he had killed."