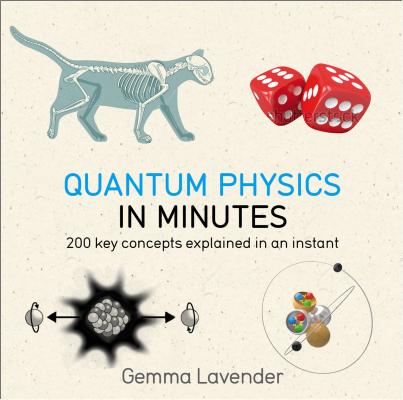 By Gemma Lavender
Email or call for price
Out of Print

Quantum physics is the most fundamental -- but also the most baffling -- branch of science. Allowing for dead-and-alive cats, teleportation, antimatter, and parallel universes, as well as underpinning all of our digital technology, it's as important as it is mind-bending. This clear and compact book demystifies the strange and beautiful quantum world, and hence the nature of reality itself.

Written as a series of mini essays with 200 simple diagrams to help understanding, there can be no easier guide to this notoriously confusing subject. At last it's possible for non-specialists to understand quantum theory and its central role in the birth of the universe and the very existence of life.

Gemma Lavender is the editor of All About Space magazine and writes for Astronomy Now and Physics World magazines. She has worked for Scientific Reports and the Institute of Physics and holds a masters degree in astrophysics with a specialty in quantum field theory.