The Island of Dr. Moreau: the island of doctor moreau by H. G. Wells (Paperback) 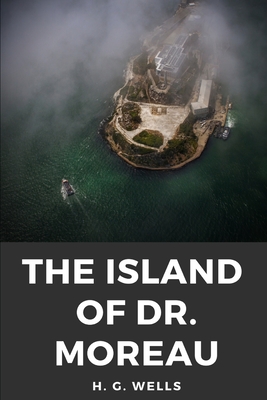 Shipwrecked in the south Pacific Ocean, Englishman Edward Prendick awakens aboard a ship where a man named Montgomery and his beastly looking servant were transporting animal cargo. Soon, they arrive on an island and more and more of these bizarre humanlike creatures appear. Prendick senses a sinister secret to the island after he meets with the owner, a one Dr. Moreau...The Island of Doctor Moreau is an 1896 science fiction novel by English author H. G. Wells. The text of the novel is the narration of Edward Prendick, a shipwrecked man rescued by a passing boat who is left on the island home of Doctor Moreau, a mad scientist who creates human-like hybrid beings from animals via vivisection. The novel deals with a number of philosophical themes, including pain and cruelty, moral responsibility, human identity, and human interference with nature. Wells described it as "an exercise in youthful blasphemy."The Island of Doctor Moreau is a classic of early science fiction and remains one of Wells' best-known books. The novel is the earliest depiction of the science fiction motif "uplift" in which a more advanced race intervenes in the evolution of an animal species to bring the latter to a higher level of intelligence. It has been adapted to film and other media on many occasions, with Charles Laughton (1933), Burt Lancaster (1977), and Marlon Brando (1996) as the mad doctor.