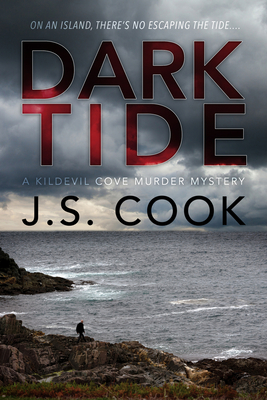 This is book number 3 in the Kildevil Cove Murder Mysteries series.

They say it never rains but it pours. Royal Newfoundland Constabulary Inspector Danny Quirke would have to agree.

First someone murders a vulnerable Kildevil Cove man and dumps him in an abandoned well. Then the body of a sex-trafficking victim washes up on a nearby beach. Danny has to get to the bottom of both deaths, but with few leads and little support from his superiors, he’s spinning his wheels in a mud pit of a case. Vital resources go missing, witnesses disappear, and suspects proliferate.

Each step toward the truth brings him two steps back. Help comes in the form of Scottish investigator Martin Belshawe, but he may not be who he says he is, and someone in the highest echelons of the Newfoundland Constabulary is lying to Danny. Even Danny’s lover, Tadhg Heaney, whom he looks to for emotional support, seems to know more than he should about the shady characters who keep popping up in the investigation.

With time running out, Danny must decide who, if anyone, he can trust—before the sex traffickers claim their next victims. But on an island, there's no escaping the tide.

J.S. Cook grew up surrounded by the wild North Atlantic Ocean, in a small fishing village on the coast of Newfoundland. An avid lover of both the sea and the outdoors, she was powerfully seduced by the lure of this rugged, untamed landscape. This love of her island heritage and its deeply Irish culture led her to create The Kildevil Cove Murder Mysteries series, police procedurals that feature career detective Deiniol Quirke and his partner, millionaire property developer Tadhg Heaney.

Her interest in police procedurals was recently reignited by an opportunity to work with a police profiler from the Los Angeles County Sheriff’s Department, editing two forensic field manuals to be used by LA County law enforcement and as part of the curriculum at the California Institute of Criminal Investigation. She maintains an avid interest in forensics and often designs and conducts her own forensic experiments, including a body farm in her backyard.

Reviewers have called her past work “…strong, solid detective fiction… with a depth and complexity of plot and characters….”

When she isn’t writing, J.S. Cook teaches communications and creative writing at the College of the North Atlantic.