The Secret Life of the Sea Otter (Hardcover) 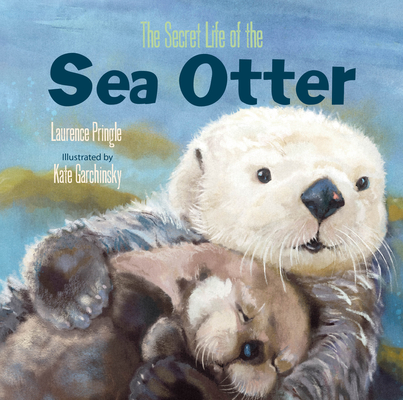 Follow a year in the life of an adorable sea otter as she creatively hunts for food, deftly avoids danger from a great white shark, and gives birth to a pup.

Living off the coast of California in the Northern Pacific Ocean, Lutris the sea otter shares her life in a giant kelp forest habitat with many other otters and animals. Lutris is resourceful and relies on her keen sense of sight and smell to find food and survive. When her pup is born, Lutris lovingly tends to and teaches her daughter until she is ready to head out into the world on her own.

Filled with important facts and gorgeous illustrations, readers will be fascinated by the story of these remarkable mammals. This latest title in the Secret Life series has been vetted by a sea otter expert and includes back matter with more in-depth information, a glossary, and further resources.

Laurence Pringle has written more than 100 books for children and teenagers, including the Strange and Wonderful series and The Secret Life series, among other award-winning science titles. Internationally, his books have sold more than 3 million copies.

Kate Garchinsky was born and raised just upstream of John Heinz National Wildlife Refuge at Tinicum, and received her BFA in illustration from the University of the Arts in Philadelphia, with a focus in nature and children's literature. She is the illustrator of several of The Secret Life books by Laurence Pringle.
Illustrator site: penguinart.com

★ "With an economy of well-chosen text that reveals the wonders of the saltwater habitat, master writer ­Pringle introduces Lutris, named for her scientific name. With Garchinsky’s artistic skill, they offer an appealing look into more than just her diet, physical features, motherhood, and predators. It is the why and how of her life that is not to be missed...This is a wonderful, unforgettable sea adventure...a juvenile nonfiction treasure; ­highly recommended to all libraries who serve children." —School Library Journal, starred review

"In this latest installment of the Secret Life series, Pringle and Garchinsky follow the familiar, successful pattern of their previous books, looking closely at an individual animal to learn about the habits and habitat of the species in general. Here, a sea otter named Lutris (after her scientific name) rests, feeds, escapes a predatory shark, bears and raises a pup, and survives a storm...The rich, descriptive language would be a pleasure to read aloud...An informative and engaging introduction to an animal known as the old man of the sea." —Kirkus Reviews