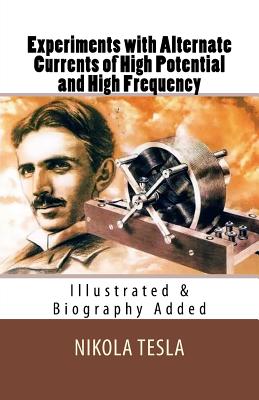 It was in this interesting border region, and from among these valiant Eastern folk, that Nikola Tesla was born in the year 1857, and the fact that he, today, finds himself in America and one of our foremost electricians, is striking evidence of the extraordinary attractiveness alike of electrical pursuits and of the country where electricity enjoys its widest application. Mr. Tesla's native place was Smiljan, Lika, where his father was an eloquent clergyman of the Greek Church, in which, by the way, his family is still prominently represented. His mother enjoyed great fame throughout the countryside for her skill and originality in needlework, and doubtless transmitted her ingenuity to Nikola; though it naturally took another and more masculine direction. The boy was early put to his books, and upon his father's removal to Gospic he spent four years in the public school, and later, three years in the Real School, as it is called. His escapades were such as most quick witted boys go through, although he varied the programme on one occasion by getting imprisoned in a remote mountain chapel rarely visited for service; and on another occasion by falling headlong into a huge kettle of boiling milk, just drawn from the paternal herds. A third curious episode was that connected with his efforts to fly when, attempting to navigate the air with the aid of an old umbrella, he had, as might be expected, a very bad fall, and was laid up for six weeks..

Nikola Tesla (1856 -1943) was a Serbian Ameri-can inventor, electrical engineer, mechanical engineer, physicist, and futurist best known for his contributions to the design of the modern alternating current (AC) electricity supply system. Tesla gained experience in telephony and electrical engineering before emigrating to the United States in 1884 to work for Thomas Edison in New York City. He soon struck out on his own with financial backers, setting up laboratories and companies to develop a range of electrical devices. His patented AC induction motor and transformer were licensed by George Westinghouse, who also hired Tesla for a short time as a consultant. His work in the formative years of electric power development was involved in a corporate alternating current/direct current "War of Currents" as well as various patent battles. Tesla went on to pursue his ideas of wireless lighting and electricity distribution in his high-voltage, high-frequency power experiments in New York and Colorado Springs, and made early (1893) pronouncements on the possibility of wireless communication with his devices. He tried to put these ideas to practical use in an ill-fated attempt at intercontinental wireless transmission, his unfi-nished Wardenclyffe Tower project. In his lab he also conducted a range of experiments with mechanical oscillators/generators, electrical discharge tubes, and early X-ray imaging. He also built a wireless controlled boat, one of the first ever exhibited. Tesla was renowned for his achievements and showmanship, eventually earning him a reputation in popular culture as an archetypal "mad scientist". His patents earned him a considerable amount of money, much of which was used to finance his own projects with varying degrees of success. He lived most of his life in a series of New York hotels, through his retirement. Tesla died on 7 January 1943. His work fell into relative obscurity after his death, but in 1960 the General Conference on Weights and Measures named the SI unit of magnetic flux density the tesla in his honor. There has been a resurgence in popular interest in Tesla since the 1990s...