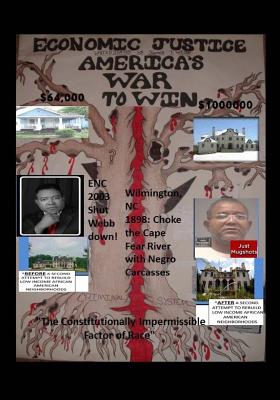 James T. Webb was born in 1961 in Wilmington NC. He was taught growing up to believe in himself, to love Jesus and to never ever say "I Can't". Growing up in the rural community of Leland N.C. he never experienced the pains of racial or class bias. After attending NCCU, he followed his dream to become a leader. He became Student Body President there just as he had done at North Brunswick High School. Leland was a close community where all the people he knew, respected and loved each other. After college he became an Unlimited Licensed N.C. General Contractor and built small homes, mansion and Churches. His dream was and still is to Rebuild Americas Low Income Communities. Little did he know the challenges he would meet. He has written 3 books on how to make his dream of Affordable Housing for all people a reality. After seeing the best in people and the worst in people he hopes to set the Record straight so that he can get back to Rebuilding America from the Bottom UP. Learn and be inspired from his challenges and successes.