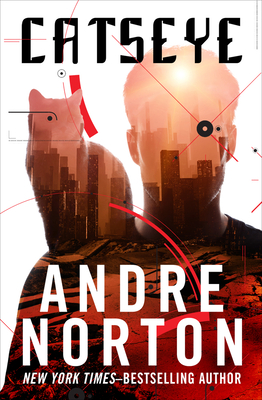 The "imaginative . . . intriguing" far-future novel about the telepathic bond of friendship between human and animal--from the New York Times bestselling author (Booklist).

Exiled after his home planet was turned into a military outpost following an interstellar war, Troy Horan is relocated to the planet of Korwar. Under the watchful eye of the police state, he lives in the Dipple, a restricted area for subcitizens. He works as a day laborer in an interplanetary pet shop and has no idea why animals from Terra, a third-rate power, have been imported to Korwar--or why he has the ability to silently communicate with them, especially the kinkajou.

But a murder forces him to flee with his animal friends into the Wild, where mysterious, sealed ruins conceal Korwar's most fiercely guarded secret. With no one he can trust and an entire government under siege, Troy leads his extraordinary band of warriors in a final bid for freedom none of them may survive.

For well over a half century, Andre Norton was one of the most popular science fiction and fantasy authors in the world. With series such as Time Traders, Solar Queen, Forerunner, Beast Master, Crosstime, and Janus, as well as many standalone novels, her tales of adventure have drawn countless readers to science fiction. Her fantasy novels, including the bestselling Witch World series, her Magic series, and many other unrelated novels, have been popular with readers for decades. Lauded as a Grand Master by the Science Fiction Writers of America, she is the recipient of a Life Achievement Award from the World Fantasy Convention. An Ohio native, Norton lived for many years in Winter Park, Florida, and died in March 2005 at her home in Murfreesboro, Tennessee.