The Mysteries of Mithra (Paperback) 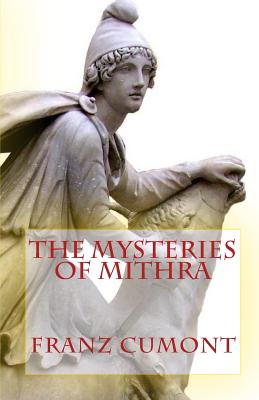 THE present work, in which we purpose to treat of the origin and history of the Mithraic religion, does not pretend to offer a picture of the downfall of paganism. We shall not attempt, even in a general way, to seek for the causes which explain the establishment of the Oriental religions in Italy; nor shall we endeavor to show how their doctrines, which were far more active as fermenting agents than the theories of the philosophers, decomposed the national beliefs on which the Roman state and the entire life of antiquity rested, and how the destruct on of the edifice which they had disintegrated was ultimately accomplished by Christianity. We shall not undertake to trace here the various phases of the battle waged between idolatry and the growing Church; this vast subject, which we hope some day to approach, lies beyond the scope of the present work. We are concerned here with one epoch only of this decisive revolution, it being our purpose to show with all the distinctness in our power how and why a certain Mazdean sect failed under the C sars to become the dominant religion of the empire.THE ORIGINS OF MITHRAISMTHE DISSEMINATION OF MITHRAISM IN THE ROMAN EMPIREMITHRA AND THE IMPERIAL POWER OF ROMETHE DOCTRINE OF THE MITHRAIC MYSTERIESTHE MITHRAIC LITURGY, CLERGY AND DEVOTEESMITHRAISM AND THE RELIGIONS OF THE EMPIREMITHRAIC ARTA pukka classic from www.arepo.biz.