Race in American Television [2 Volumes]: Voices and Visions That Shaped a Nation (Hardcover) 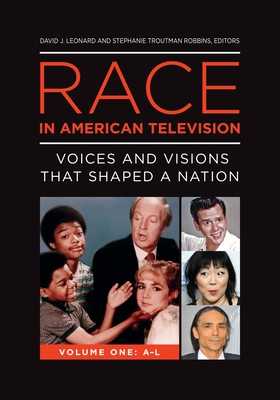 Covering five decades, this encyclopedia highlights how race has shaped television and how television has shaped society. Offering critical analysis of moments and themes throughout television history, Race in American Television shines a spotlight on key artists of color, prominent shows, and the debates that have defined television since the civil rights movement. This book also examines the ways in which television has been a site for both reproduction of stereotypes and resistance to them, providing a basis for discussion about racial issues in the United States.

This set provides a significant resource for students and fans of television alike, not only educating but also empowering readers with the necessary tools to consume and watch the small screen and explore its impact on the evolution of racial and ethnic stereotypes in U.S. culture and beyond. Understanding the history of American television contributes to deeper knowledge and potentially helps us to better apprehend the plethora of diverse shows and programs on Netflix, Hulu, YouTube, and other platforms today.