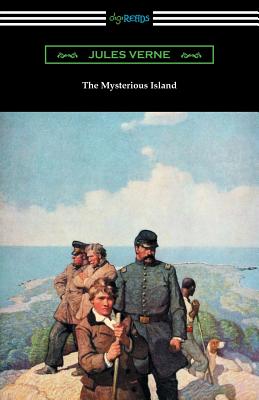 First published in 1874, "The Mysterious Island" is French author Jules Verne's exciting adventure which begins amidst the siege on Richmond, Virginia, during the American Civil War. Five northern prisoners plan an unconventional escape by hijacking a hot air balloon. What is in store for them is more than they bargained for. Cyrus Harding, an engineer in the union army; his servant Nebuchadnezzar, a former slave; sailor Bonadventure Pencroft; his prot g Herbert Brown; and the journalist Gideon Spilett; after flying for several days through stormy weather, crash-land their balloon on a deserted island. The men name it Island Lincoln in honor of their President, Abraham Lincoln. Reminiscent of such classic island stories of adventure as "Robinson Crusoe" and "Swiss Family Robinson" the novel follows the exploits of the men as they struggle for survival in a foreign land. A number of inexplicable occurrences, while the men are there, suggests that there is some secret mystery to the island, one that they will soon discover. This edition is printed on premium acid-free paper and follows the translation of W. H. G. Kingston.