Bushido: The Soul of Japan (with an Introduction by William Elliot Griffis) (Paperback) 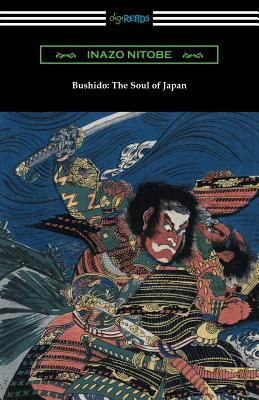 Bushido, which literally means "the way of warriors" is a code of conduct, based upon a set of honors and ideals associated with the samurai way of life, that has greatly influenced the culture and people of Japan. The origin of bushido likely dates to sometime between the 16th and 20th century in Japan, though some scholars argue that it may have been built upon much earlier traditions. Born from the Neo-Confucianism of the Edo period, bushido emphasizes the eight virtues of righteousness, heroism, compassion, respect, honesty, honor, loyalty, and self-control. Noted diplomat, statesman, economist, educator, and author, Inazo Nitobe helped to introduce the culture of Japan to a western audience. Today he is best remembered for his work "Bushido: The Soul of Japan". First published in English in 1900, the work explores how the influence of the ancient code of bushido has had such a lasting effect on the culture and traditions of Japan. Drawing in the eastern traditions of Buddhism, Shintoism, and Confucianism, Nitobe compares and contrasts bushido with the foundations of Western culture finding common ground in the spirit of medieval chivalry and the ethos of ancient Greece. While criticized in Japan contemporarily for presenting bushido from too Western of a perspective, the work is today recognized as a classic on the subject. This edition is printed on premium acid-free paper and includes an introduction by William Elliot Griffis.