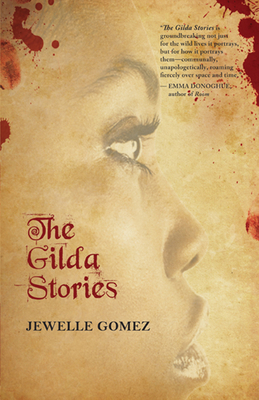 Before Buffy, before Twilight, before Octavia Butler's Fledgling, there was The Gilda Stories, Jewelle Gomez's sexy vampire novel.

"The Gilda Stories is groundbreaking not just for the wild lives it portrays, but for how it portrays them--communally, unapologetically, roaming fiercely over space and time."--Emma Donoghue, author of Room

"Jewelle Gomez sees right into the heart. This is a book to give to those you want most to find their own strength."--Dorothy Allison, author of Bastard Out Of Carolina

Jewelle Gomez is a writer, activist, and the author of many books including Forty-Three Septembers, Don't Explain, The Lipstick Papers, Flamingoes and Bears, and Oral Tradition. The Gilda Stories was the recipient of two Lambda Literary Awards, and was adapted for the stage by the Urban Bush Women theater company in thirteen United States cities.

Alexis Pauline Gumbs was named one of UTNE Reader's 50 Visionaries Transforming the World, a Reproductive Reality Check Shero, a Black Woman Rising nominee, and was awarded one of the first-ever "Too Sexy for 501c3" trophies. She lives in Durham, North Carolina.

Jewelle Gomez is a writer and activist and the author of the double Lambda Award-winning novel, THE GILDA STORIES (1991). Her adaptation of the book for the stage "Bones & Ash: a Gilda Story," was performed by the Urban Bush Women company in thirteen US cities. The script was published as a Triangle Classic by the Paperback Book Club. Her other publications include THE LIPSTICK PAPERS, FLAMINGOES AND BEARS, and ORAL TRADITION. She edited (with Eric Garber) a fantasy fiction anthology entitled SWORDS OF THE RAINBOW and selected the fiction for THE BEST LESBIAN EROTICA OF 1997 (Cleis). She is also the author a book of personal and political essays entitled FORTY-THREE SEPTEMBERS and a collection of short fiction, DON'T EXPLAIN. Formerly the executive director of the Poetry Center and the American Poetry Archives at San Francisco State University she has also worked in philanthropy for many years. She is the former director of the Literature program at the New York State Council on the Arts and the director of Grants and Community Initiatives for Horizon and the President of the San Francisco Library Commission. She lives in San Francisco.

Alexis Pauline Gumbs was named one of UTNE Reader s 50 Visionaries Transforming the World, a Reproductive Reality Check Shero, a Black Woman Rising nominee, and was awarded one of the first-ever Too Sexy for 501c3 trophies. She is a co-creator of the MobileHomecoming experiential archive and documentary project, which has been featured in Curve Magazine, the Huffington Post, in Durham Magazine, and on NPR. She lives in Durham, North Carolina."