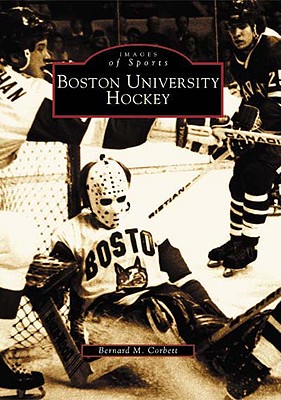 Boston University has been synonymous with college hockey excellence for more than eighty years. Since taking the ice for the first time in 1918, the Terriers have fashioned a storied history that has consistently placed the program among the nation's elite.

Boston University Hockey chronicles the many National Collegiate Athletic Association Eastern Collegiate Athletic Conference, Hockey East, and Beanpot championship team moments; the myriad accomplishments of individual players and coaches, such as Rick Meagher, the BU Four, Jack Kelley, and Jack Parker; and the overall legacy of achievement by the long line of skaters who have donned the scarlet-and-white sweaters. The illustrations in Boston University Hockey (including many that have never been published elsewhere) offer a compelling view of a team that has won more national titles than any other eastern college hockey school.