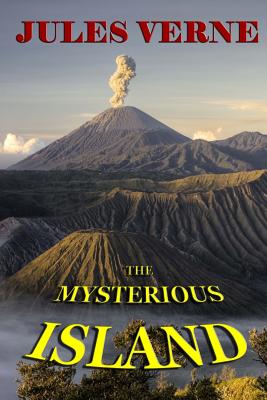 First published in 1874, The Mysterious Island is sort of a combined sequel to both 20,000 Leagues Under the Sea and In Search of the Castaways, but it is very much its own novel.

Five Americans find themselves stranded on a strange island, which they name Lincoln (after the president). The endure many hardships as they fight to survive, and they adopt an orangutan, which they name Jupiter. After rescuing a man named Tom Ayrton (from In Search of the Castaways), they must battle pirates as they seek to understand the secret of the island.

Jules Verne (1828-1905) was a French novelist and one of the founders of science fiction. He felt that one should stick as close as possible to actual science even when constructing wild adventure tales such as 20,000 Leagues Under the Sea or From the Earth to the Moon.