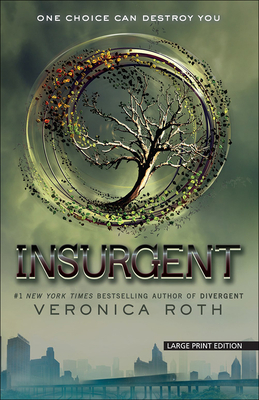 By Veronica Roth
Email or call for price
Out of Print

“Picking up where Divergent ended, this sequel gives readers a more detailed glimpse into the other factions, as Tris and Four seek refuge. Still in shock from killing her own friend and losing her parents, Tris begins to doubt herself, especially after someone close to her turns out to be a traitor. As war becomes inevitable, Tris has to decide whether or not to embrace her Divergence. The breakneck excitement, action, and romance, along with a shocking ending, will have you talking about this book for months!”
— Joanne R. Fritz, Chester County Book & Music Company, West Chester, PA

As war surges in the factions of dystopian Chicago all around her, Tris attempts to save those she loves--and herself--while grappling with haunting questions of grief and forgiveness, identity and loyalty, politics and love.