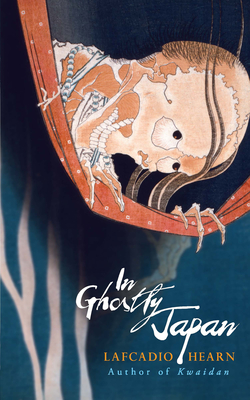 At the turn of the twentieth century, Lafcadio Hearn (1850-1904) was instrumental in introducing Western readers to Japanese culture and literature. Raised in Dublin and a longtime resident of the United States, the writer, translator, and teacher arrived in Japan in 1890 and spent the rest of his life there. His writings from Japan became his most popular works, and he was famed not only as an interpreter of Japanese myths but also as a teller of strange and macabre tales.
This volume offers an eerie collection of Hearn's memorable depictions of the folklore, superstitions, and traditions of old Japan. Its chilling tales of the spirit world are interwoven with nonfiction reflections on the country's idioms, Buddhist proverbs, translations of haiku, and the ritual uses of incense. The spooky stories are populated by a pilgrim who attempts to climb a mountain of skulls, a dying wife who bequeaths her rival a sinister legacy, a ghostly beauty who leaves the world of the dead to revisit her samurai lover, and other mysterious characters from Japanese folklore.

Lafcadio Hearn (1850-1904) was instrumental in introducing Western readers to Japanese culture and literature. Raised in Dublin and a longtime resident of the United States, the writer, translator, and teacher adopted Japanese citizenship and served as Professor of English Literature at the Imperial University of Tokyo.